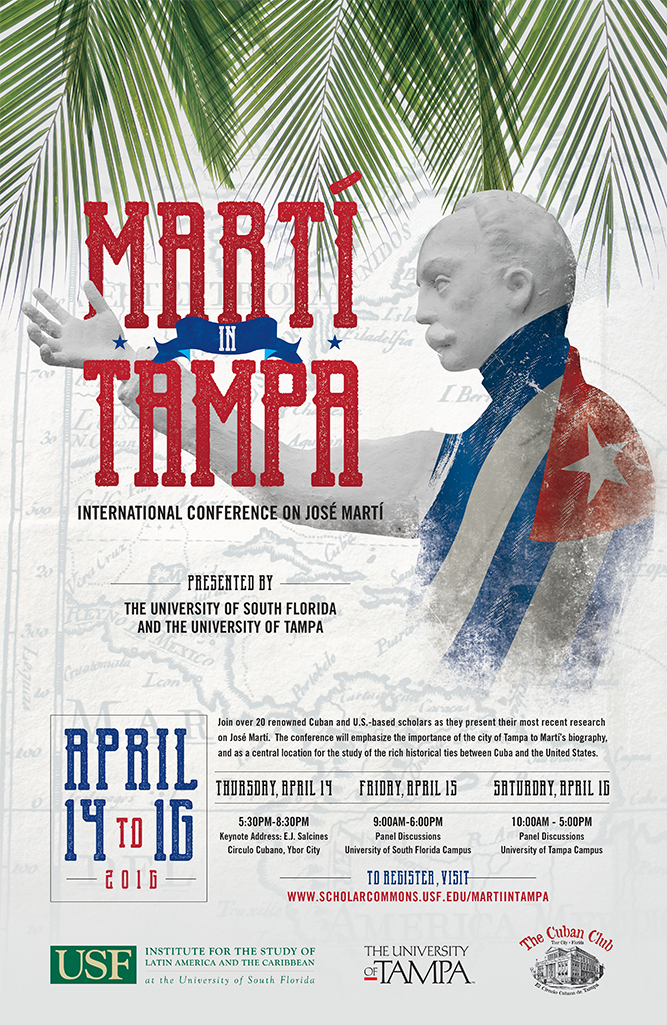 *Persons with disabilities who anticipate needing accommodations or who have questions about physical access may call to 813-974-0306 in advance, at least 24 hours before the Conference.

This conference will take place between April 14-16, 2016 and will be held on the campuses of the University of South Florida (Grace-Allen Room) and the University of Tampa, as well as in various other venues in Ybor City.

The conference will capitalize on the recent thawing of diplomatic relations between Cuba and the United States by bringing together eminent Cuban and U.S.-based Martí scholars in Tampa. The conference will emphasize the importance of the city of Tampa to Martí’s biography, and as a central location for the study of the rich historical ties between Cuba and the United States.

Approximately 22 renowned Martí scholars have been invited (and have accepted) to present their most recent research on Martí at the conference. The first full day of conference proceedings will be held in the Grace-Allen Room of the USF library and the conference participants will tour special collections at the end of the day. On Saturday April 16th, the conference will continue on the campus of the University of Tampa, and will culminate in a walking tour of Ybor City. The closing banquet will be held at the Centro Martí-Maceo in Ybor City on Saturday night.