Spill on beach at south end of Treasure Island, Fla 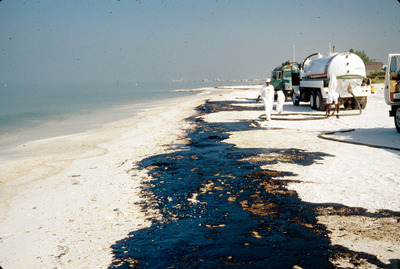