Oil on beach at Spoil Island near Johns Pass 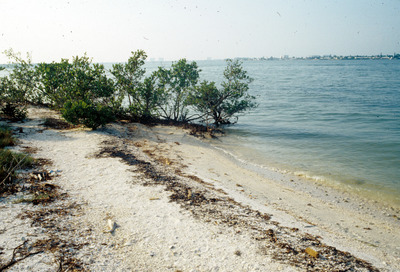