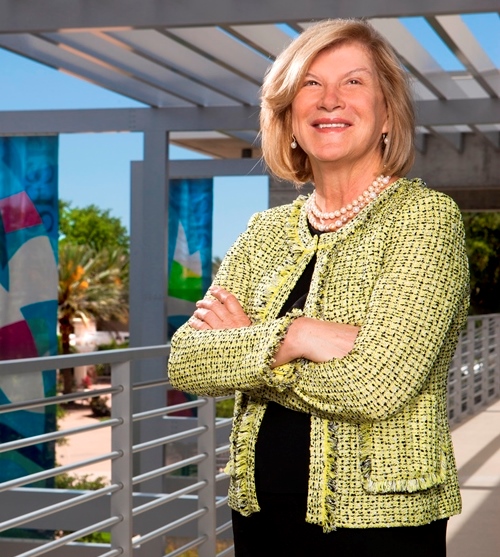 Born in a small Polish town, Dr. Wisniewska grew up in Philadelphia and became the first member of her family to graduate from college. She earned a Ph.D and a Master of Arts in Russian from Bryn Mawr College and a Bachelor of Arts in Russian with a minor in history from Penn State. Dr. Wisniewska also taught in various capacities at Penn State, Temple University and Bryn Mawr College. She speaks Polish, Russian and French.

As Chancellor of Penn State Brandywine from 2005 to 2013, Dr. Wisniewska served as the chief executive officer and principal academic leader of the Brandywine campus, a metropolitan, commuter campus serving 1,700 students. Her responsibilities included the quality of academic programs in teaching, research and service; strategic planning; budgeting; philanthropy; faculty and staff development; outreach; and alumni relations.

It is the intention of the USF St. Petersburg campus Digital Archive to comply with all U.S. and international copyright restrictions and to respect the intellectual property of all authors whose work is represented in the archive. If any individual or corporate entity has concerns about a specific item, please contact digcol at nelson.usf.edu