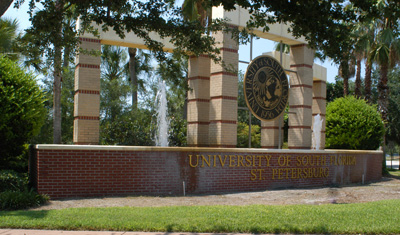 This community contains materials created by or in support of the Office of the Regional Chancellor of the University of South Florida St. Petersburg campus. Materials will relate to previous, historical administrations.

Between 1968 and the early 2000s, the highest leader at USF St. Petersburg campus assumed the title of Dean. Deans served as the chief executive officers of the campus, responsible for Academic Affairs, Student Affairs, and all other administrative aspects of campus operation. They also sat on the executive council of the USF President. As USFSP began its legislatively mandated pursuit of separate regional accreditation, the subsequent names for campus executives (Vice President/CEO and later Regional Chancellor) reflected the expanded roles assumed by the campus executive.

Also included in this collection are the speeches of Dr. Lowell E. Davis, Dean of USF St. Petersburg from 1986-1989.

As of July 1, 2020, the University of South Florida is officially operating under a single accreditation for the Tampa, St. Petersburg, and Sarasota-Manatee campuses. The materials in this collection relate to the USF St. Petersburg campus when it was accredited as an individual institution.